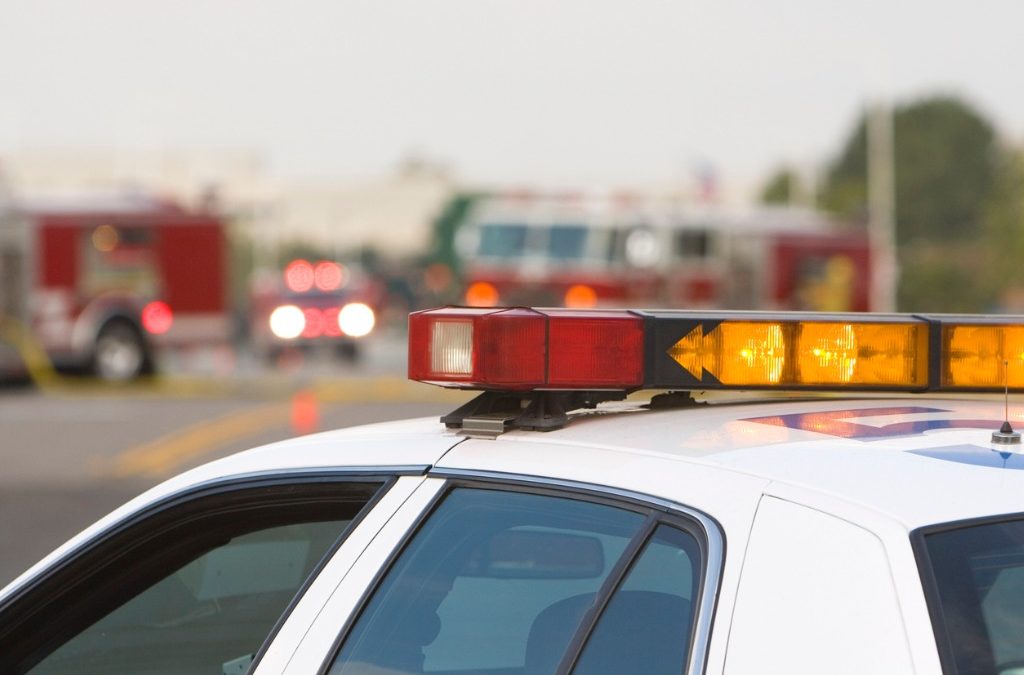 As their name suggests, it’s critical that first responders and emergency vehicles are well-equipped with everything they need when they arrive on the scene. Emergency vehicle lights help them get where they need to go as quickly as possible.

Without emergency vehicle lights, it would be far more difficult for first responders to alert drivers that they are approaching, which could result in slower response times and an increased likelihood of accidents occurring.

In this article, we will take you through a brief history of emergency warning lights before discussing the various types of lights, the differences in color choices, and how they are used for every kind of emergency vehicle.

The History of Emergency Vehicle Lights

These days, emergency vehicle warning lights are commonly recognized, but that hasn’t always been the case. Emergency vehicle lights have evolved quite a bit over the years, and they have a very long history.

Prior to the introduction of emergency vehicle lighting, which was sometime during the early 1900s, there wasn’t an easy way to distinguish police vehicles from civilian cars.

Emergency vehicles looked much like any other vehicle on the road. Because of this, police chiefs wanted to use convertible cars so that pedestrians could see their police hats.

However, beginning in the 1930s, red lights were added to the tops of police cars to signal civilian drivers that an emergency vehicle was nearby. 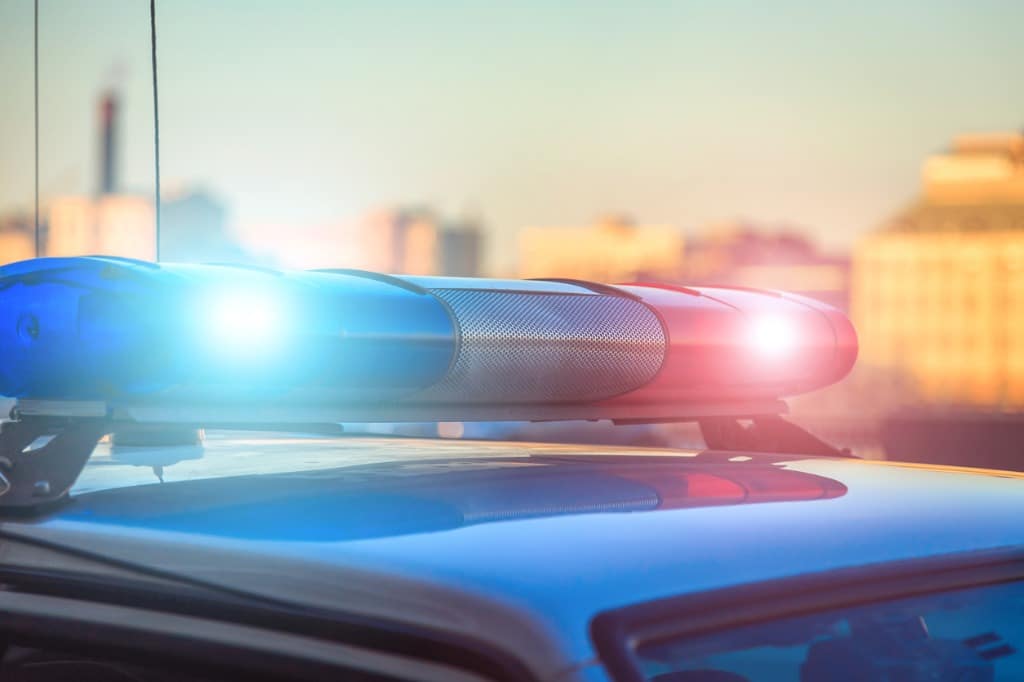 This quickly became standard practice and later developed into the revolving gum-ball light in the late 1940s, followed by horizontal emergency light bars in the 1960s.

Blue lights were also integrated into the emergency vehicle lighting scheme toward the end of the 1960s to help people with color blindness differentiate between colors.

However, regardless of a state’s law on emergency vehicle lighting, it is evident that they are crucial to every driver and pedestrian’s safety on the road.

Front-facing emergency lights are used to alert civilians that an emergency vehicle is approaching. Some examples of these include the following.

Because many emergency vehicles are vulnerable to rear-end accidents, increasing the vehicle’s rear visibility is critical to reducing the likelihood of a rear-end collision. Some examples of rear-facing emergency lights include the following.

We’ve all seen a combination of red, blue, and white lights on most emergency vehicles, but in some instances, you might have even seen orange and amber color combinations.

Did you know that there’s a particular reason why each color is used? Let’s take a look at the purposes of each color choice.

Red is the most popular color used for emergency vehicles and is almost always installed on police cars, fire trucks, and emergency response vehicles. 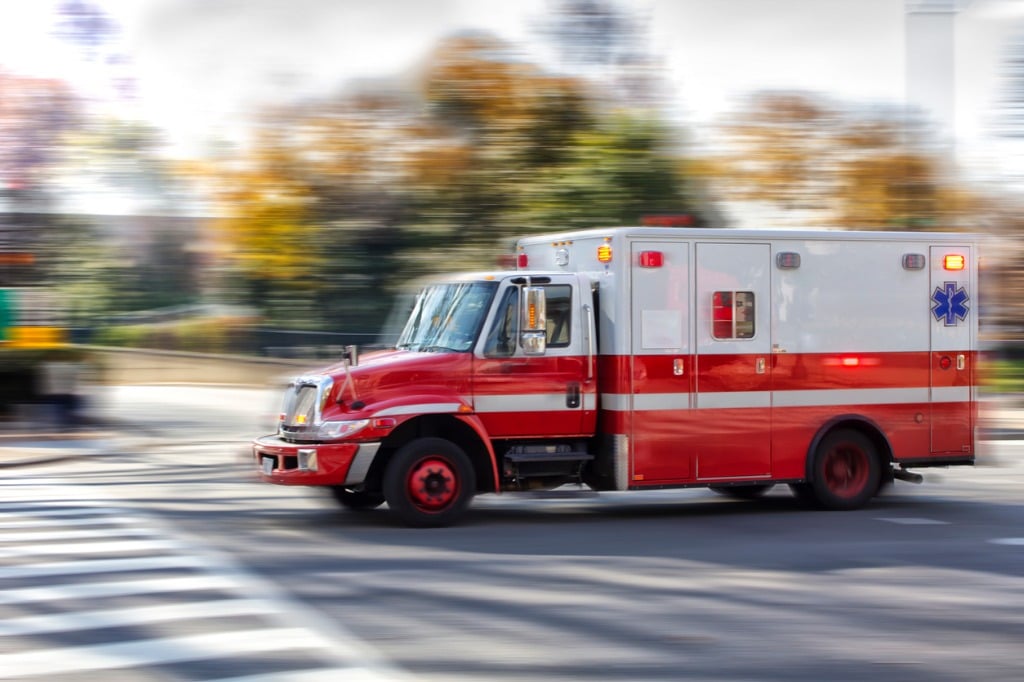 Police and other law enforcement vehicles also use blue lights or a mixture of red and blue emergency vehicle lighting with their cars.

Volunteer firefighters and emergency rescue vehicles may also use blue lights in their private vehicles when deployed to a firehouse or a squad building in response to an emergency. Many state laws also encourage first responder vehicles to use blue and white color combinations.

Though blue lights are most often reserved for law enforcement, in states such as New Mexico and Texas, tow trucks or other utility vehicles are allowed to use blue lights, as well.

In some jurisdictions, green emergency lighting indicates a mobile command post, a fire chief’s vehicle, or a volunteer firefighter’s truck. Green lighting is also used by Homeland Security in the U.S., as well as some private security contractors hired to surveil government offices.

Construction vehicles in many states use amber lights to indicate caution due to these vehicles’ slow traveling nature and the likelihood to obstruct traffic. Additionally, tow trucks, snowplows, and other public utility trucks also commonly use yellow or amber work lights.

Police cars, ambulances, and fire trucks are involved in dangerous situations from time to time. It’s critical that these vehicles are equipped to respond to each situation accordingly, and emergency vehicle lights help them get to emergencies as quickly as possible.

At TCS Upfitting, we understand the value of high-quality craftsmanship when it comes to upfitting commercial and emergency vehicles. Our team of professional technicians remains enthusiastic about the work they do on a daily basis.

With extensive expertise, unparalleled customer service, and certified training, we remain committed to providing our clients with only the highest quality upfits for their vehicles. All of our upfits have a lifetime warranty as well!

Take a look at all the ways we can upfit emergency vehicles!